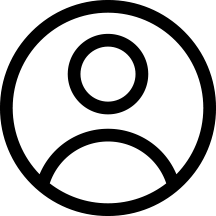 Will Digital Fashion One Day Replace the Real One? The Future of Fashion in Technology

What if we lived in a world where our clothes wouldn’t be made of textile, but of pixels? Digital fashion is no longer just a futuristic vision. Creators of virtual games and top fashion brands are already creating and even selling so-called digital clothing. Since games and communication platforms are digital, is there a case for fashion not to become digital as well?

Digital fashion as a technological trend of the 21st century

Digital fashion represents a type of clothing which exists solely in the virtual world. It might sound like it comes from the future, but it’s actually a common phenomenon in the world of online gaming. Within online games, players are able to buy so-called “skins” for their characters. Skins represent the clothing or accessories of the player’s avatars.

An example of this can be found in a game called Fortnite, in which players can buy a “skin” for the avatar, costing anywhere between 2$ to 20$. What’s even more interesting is that the valuation of the skin market is projected to skyrocket to around $36 billion in 2022, according to experts.

Although virtual fashion needs to bide its time and adapt itself, the first digital fashion houses in the US are already here. The Fabricant, a Dutch company, is one of the most famous examples of this new trend. Its designers and creative talents collaborate with digital artists and create unique and authentic fashion pieces behind computer screens.

The price of the digital dress made by The Fabricant ranges from $150 to $200. Their prices can climb much higher however. An example of this is the first digital dress called ‘Iridescence‘ which sold for $9,500.

Founder of the company Kerry Murphy claims that virtual fashion could significantly affect online sales. Thanks to a virtual avatar with identical body proportions, the client could try any piece directly from the comfort of her/his home.

According to Murphy, the benefit could be a lower percentage of returned products. Zalando is a practical example in this issue, as up to 50% of products ordered from them are returned. In such quantities, it is a burden not only for the business but also for the environment.

Short introduction to the history of virtual fashion

In 2018, Scandinavian retailer  Carlings published its first collection of digital clothing. Clientelle could choose between 19 pieces, the price of which ranged from 15€ to 20€.  The client would send her photo to a 3D designer and then the digital outfit would be directly adjusted for her body. The collection was a success, and so Carlings designers continued to experiment.

A year after the publication of their first digital collection, designers created the first graphical T-shirt using augmented reality. Its name was Last Statement T-Shirt, utilizing Sparks AR technology, allowing it to change its appearance.  In practice, it is similar to using filters on Instagram and Facebook – the client can smoothly change the look of the T-shirt. It has 10 designs available, so you don’t have to actually buy another T-shirt.

Could digital fashion solve the problem of the fast fashion industry?

Fast fashion popularizes the idea that having a “style” means owning and constantly buying tons of new clothes. Due to social media and fast fashion influencers, the trend of fast fashion outfits has grown unsustainably.

According to a survey by the non-profit organization Wrap, every third woman considers a new piece of clothing to be “old” after only one or two wears. No one can be surprised that this approach makes them throw away ⅗ of all clothing in the world.

The arrival of digital fashion can also bring other benefits. Its creators and designers support the idea that anyone, regardless of the type of figure, gender or size, can indulge in the world of fashion. Most digital fashion brands offer their pieces without specifying size and gender. It can therefore be said that it is universal, for everyone.

It gives designers as well as graphic artists virtual space to create pieces that they would not be able to produce in the real world. They experiment with materials that are not subject to physical nor gravitational laws, which do not exist in the digital world. Imagine you have a dress made of water and you change its color according to your mood. Customers are therefore opening new doors to greater expression of oneself on social networks and online.

How you can buy and try digital clothes?

You can buy digital clothing on the following websites: Dressx, Tribute, Carlings.

If you wish to try a virtual outfit for free, go to the following site: The Fabricant and look for a collection named free-files-drop clothes.

After downloading, you can simulate them on your own photo. Also, using Zyler, once you upload your photo as well as character type, you can try any piece listed in the menu.

The future of digital fashion

Once we look at digital fashion through the optics of Gen-Z people (those born after the year 2000), we will understand that it has a future.

This generation is technically the smartest and is typically used to creating characters in online games and on social networks. They also spend most of their life in online communities. Such clothes can be easily presented in their online communities, as the clothes bring expressiveness to a new level, which is something Gen-Z is well-known for. Also it has to be noted, that it is not necessary for the individual clothes to be actually, physically owned and manufactured – showing them online is sufficient.

It goes without saying that physical clothes cannot be fully replaced by virtual ones. However, the rapid technological development as well as the impact of the pandemic on the fashion industry offer a new opportunity. What if we owned only a minimalistic capsule wardrobe at home and published photos with outfits from fashion-week on social networks?

In an alternate reality, we would own sustainable clothes in real wardrobes, while in our virtual world we would own virtual clothes, with their only waste being data.

Virtual fashion, along with sustainable fashion, could actually solve the problem caused by the fast fashion industry. Fast fashion industry produces up to 21 billion tons of textiles a year, most of which ends up in landfills, not to mention the high water consumption required for manufacturing.

Student and founder of the Zerowaste Girls initiative, under which she organizes workshops and lectures aimed at sustainability and zero waste.

More articles from this author 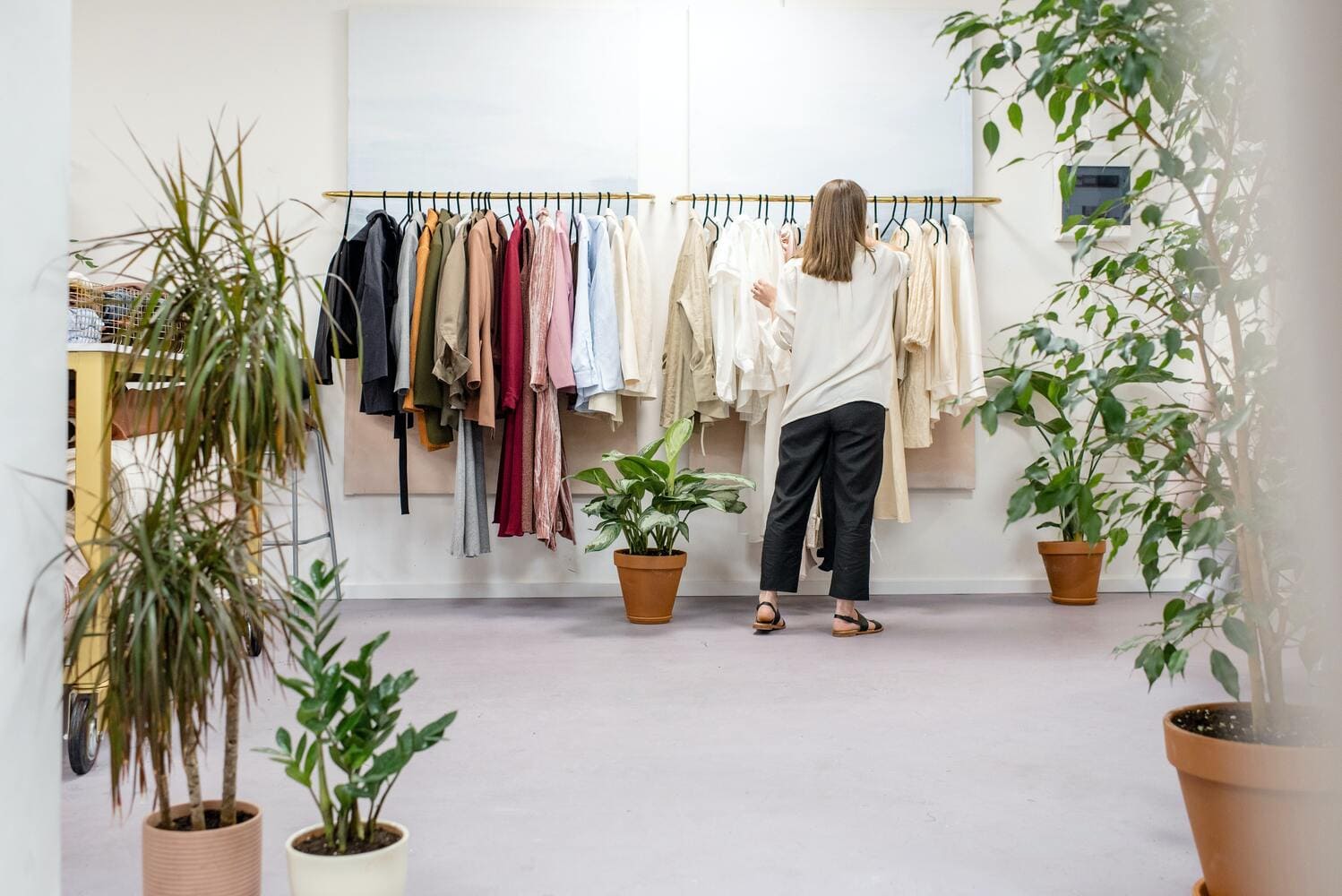 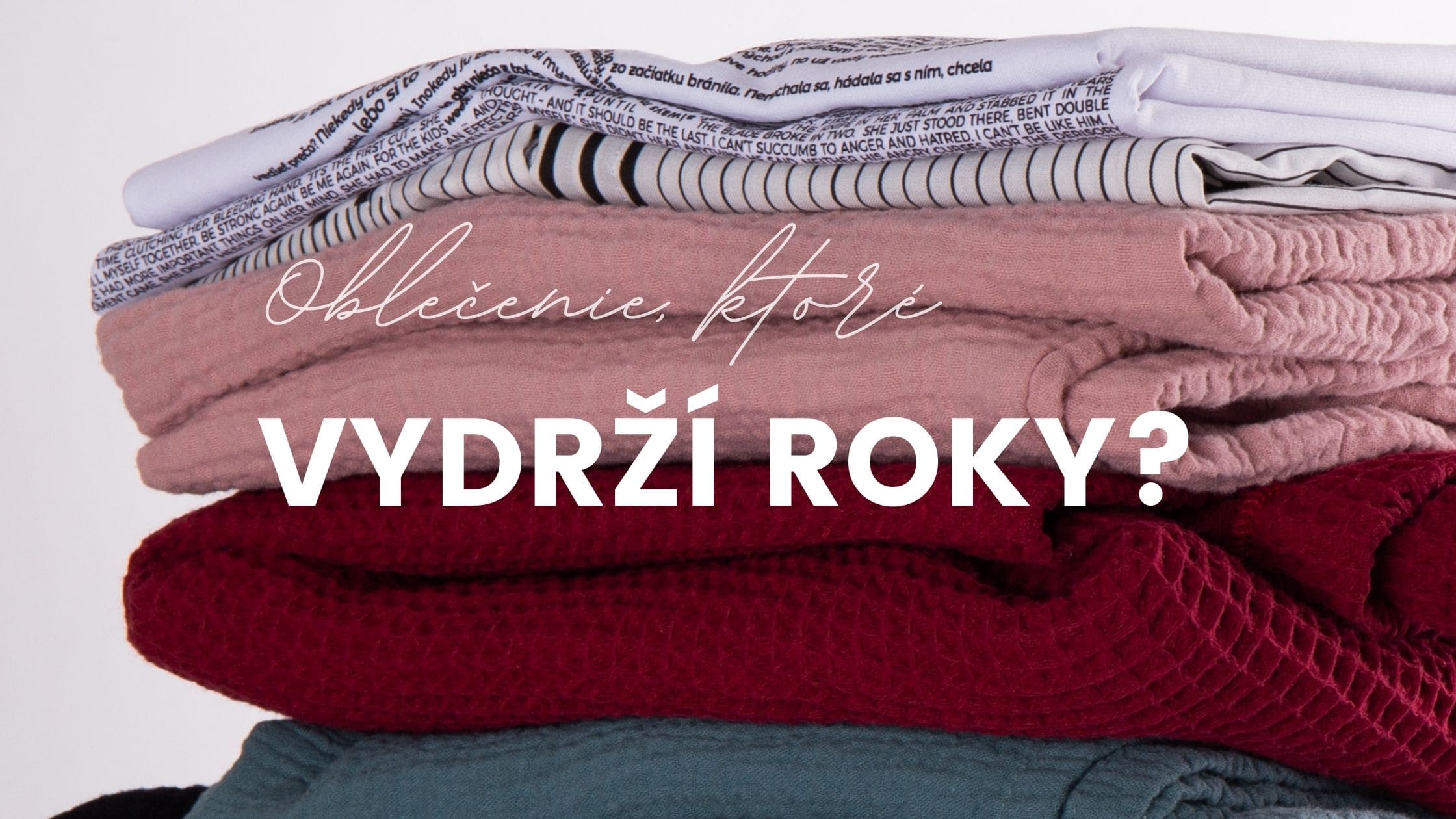 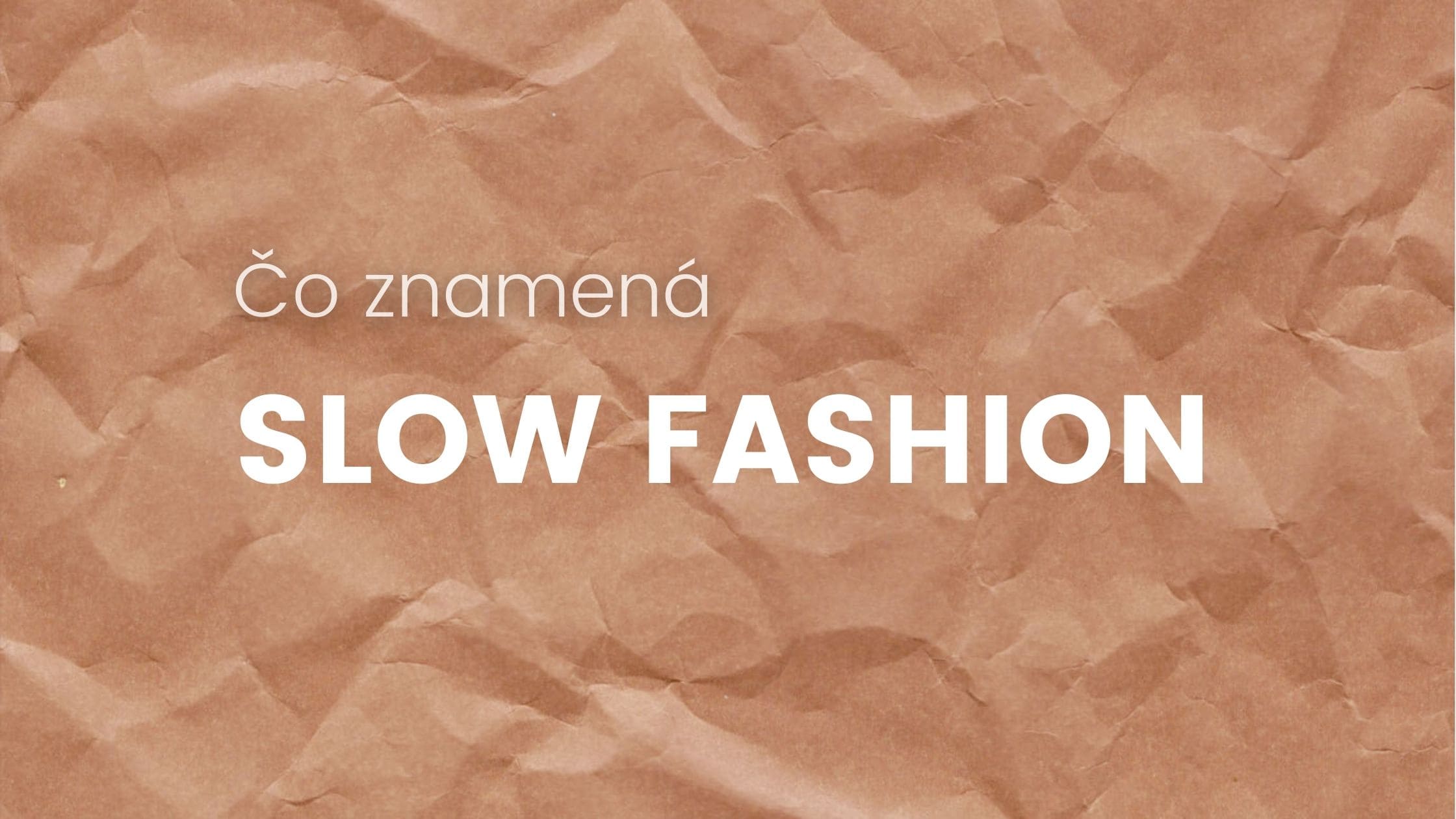 What does “slow fashion” in the fashion industry mean?

The Future of Fashion

Topic of the Week 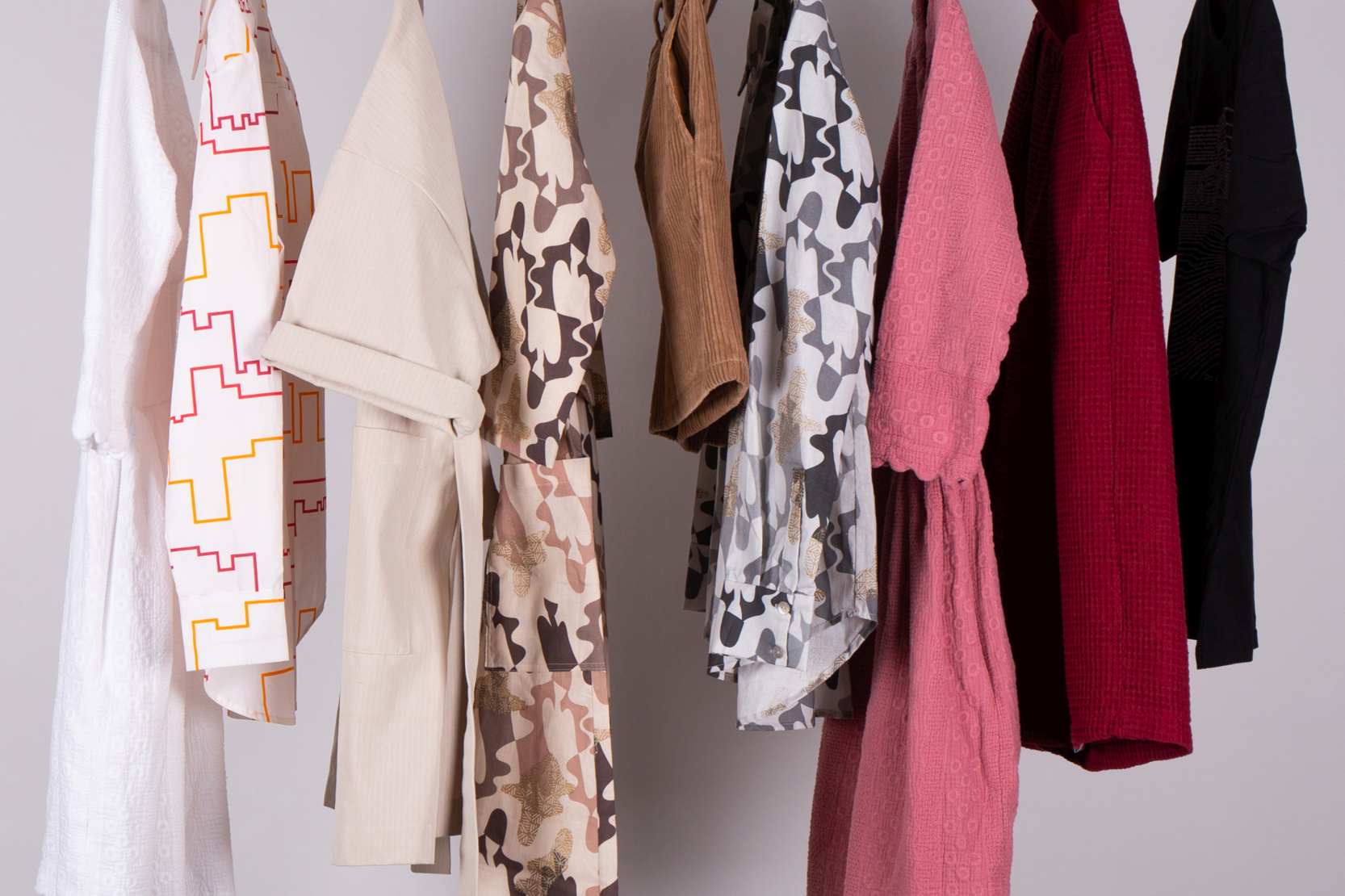 Will Digital Fashion One Day Replace the Real One? The Future of Fashion in Technology 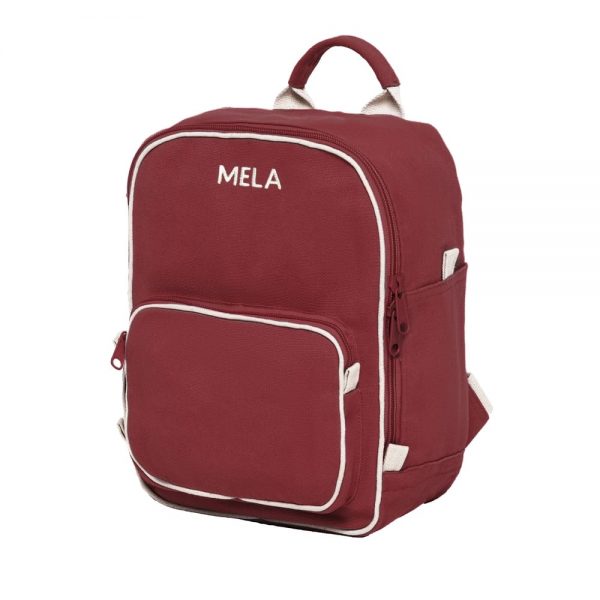 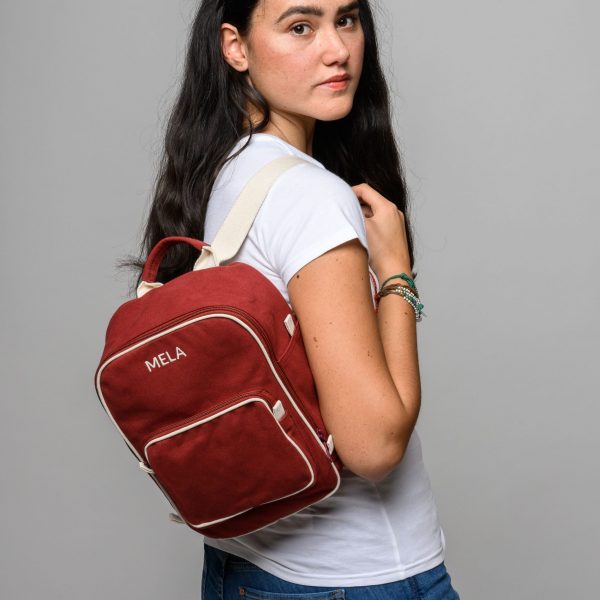 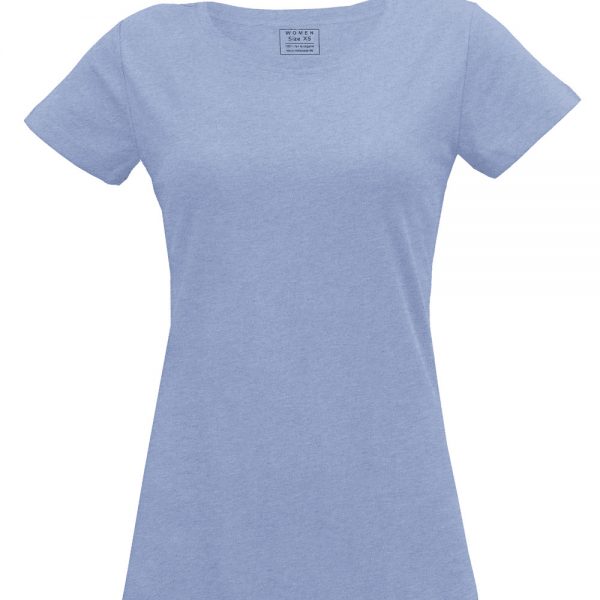 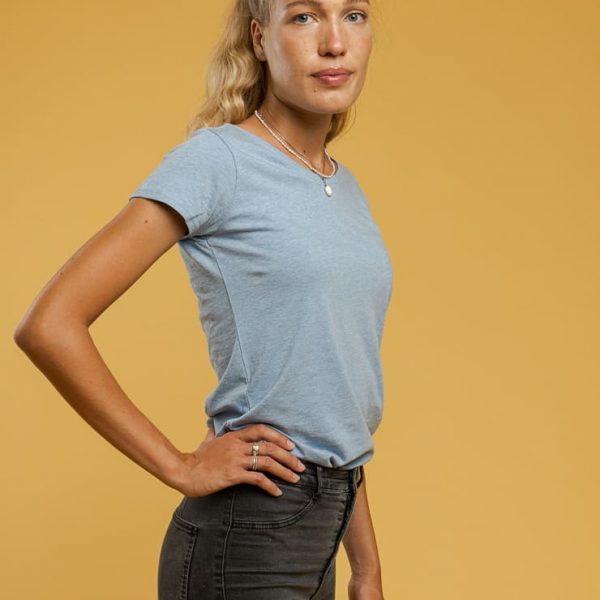 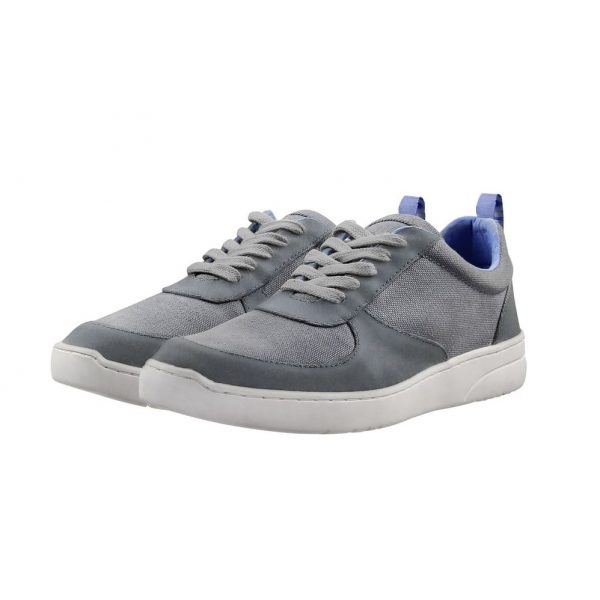 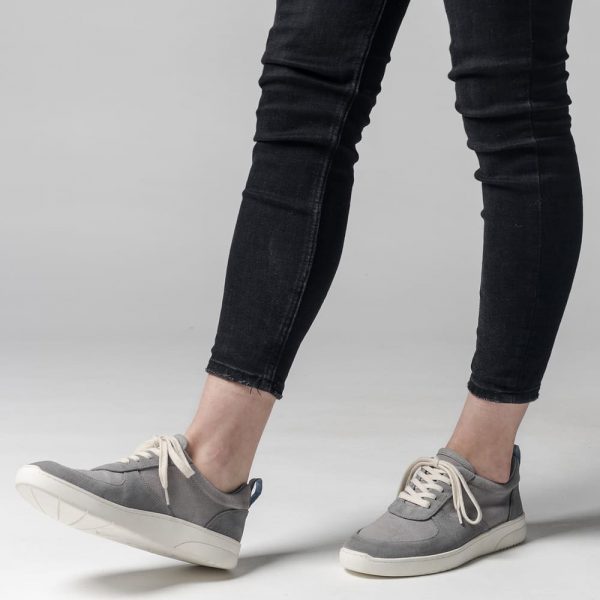 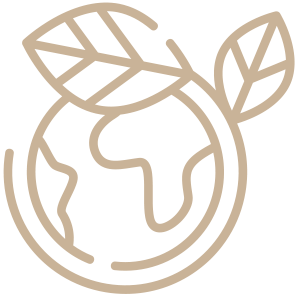 JOIN THE COMMUNITY OF #SLOVFLOWERS

Join the flow of #slovflow through our regular slovletter. Among other things we share the latest news, current trends, inspirational stories of brands or tips on how to shop responsibly and live in symbiosis with our dear planet.

We are not a VAT registered company

We use "cookies" for a better online experience. Thanks to them, we analyze traffic more precisely, we customize advertising and user settings. Do you agree to the use of all "cookies"? More info.

This website uses cookies so that we can provide you with the best user experience possible. Cookie information is stored in your browser and performs functions such as recognising you when you return to our website and helping our team to understand which sections of the website you find most interesting and useful.

Strictly Necessary Cookie should be enabled at all times so that we can save your preferences for cookie settings.

If you disable this cookie, we will not be able to save your preferences. This means that every time you visit this website you will need to enable or disable cookies again.

This website uses Google Analytics to collect anonymous information such as the number of visitors to the site, and the most popular pages.

Please enable Strictly Necessary Cookies first so that we can save your preferences!